A property developer’s grit and mettle would often become more apparent when tested during trying times.

On the heels of an economic crisis, most companies would adopt a wait-and-see stance until recent developments would signal a more stable situation.

But such wasn’t the case for property developer Empire East Land Holdings Inc., which chose to go full blast with its projects even at the height of the financial crisis in the late ’90s. And its unprecedented success in selling projects at that time proved its grit and mettle as a developer.

Today, Empire East boasts of an impressive footprint in Mandaluyong City, dubbed as “Tiger City” and “Shopping Mall Capital of the Philippines.”

Data from Empire East showed that it currently has five developments in Mandaluyong alone, covering a total land area of 63,775 sqm and housing 38 completed towers. Over the next several years, Empire East targets to finish more buildings, bringing its total footprint in the city to 45 towers with 9,472 units—probably the biggest in the city, in terms of tower count.

Its first project in Mandaluyong was the four-tower Governor’s Place, which was launched in the third quarter of 1995, followed by the six-tower San Francisco Gardens in 1997, and the 25-tower California Garden Square in 1999. Eight years later, Empire East launched the six-tower Pioneer Woodlands and in December last year, it introduced to the market its latest project, The Paddington Place, which will have four towers.

It should be noted that the biggest offerings of Empire East in Mandaluyong was made at the height of the Asian financial crisis in the late ’90s. It also completed the most number of towers during that time.

What proved to be the key was a bold move on the part of Empire East to offer to the market new financing terms—including a no-downpayment scheme, reportedly a first in the industry back then—to lure back home buyers and investors during such a challenging, precarious period for the Philippine real estate sector, and the local and regional economy as well.

It was a risk worth taking as Empire East was able to pull off such a proposition during those hard times, while allowing it to establish a credible name for itself: a developer whose grit and mettle was rightfully tested during one of the worst times in the Philippine economy.

Hence it comes as no surprise that Empire East enjoys a strong leadership position in the market, having built landmark residential communities that have transformed the urban and suburban landscapes. It has likewise introduced new and innovative concepts such as its resort-inspired communities and transit-oriented developments, all of which seek to further uplift the quality of living experience for residents. 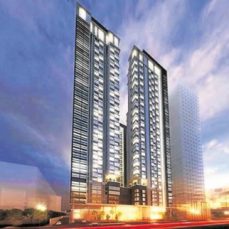 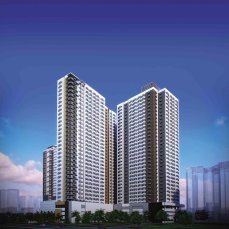 All these innovations are meant to cater to the broad middle market segment, in which Empire East is now regarded as the market leader.

Apart from those in Mandaluyong, Empire East also has the resort-themed Kasara Urban Resort Residences in Pasig City; the Mango Tree Residences in San Juan, which offers the right mix of suburban vibe and modern comfort; and the San Lorenzo Place, located within the central business district of Makati, among others.