The daily grind has all of Metro Manila professionals, businessmen, students and longtime friends wishing that they could live at the center of everything they need to be in their lives; Such as schools, offices, medical institutions, shopping centers and of course, meet-up hubs and events place!

Besides, who wouldn’t want a convenient way to catch up with friends without spending too much time on the road? Time and again, we ask our relatives and friends to meet us halfway so both sides will have equal amounts of sacrifice and comfort without threatening the peace. In fact, this has been a recent topic in a now viral tweet.

While the “true center” has been debated time and again, with some even saying “Makati”, others, “Cubao,” Empire East defines the true center, technically speaking, as the Shaw Boulevard station of the MRT-3. Literally, with six stations up north and six stations down south, Shaw Boulevard visually proves that EDSA’s midpoint is truly Shaw. 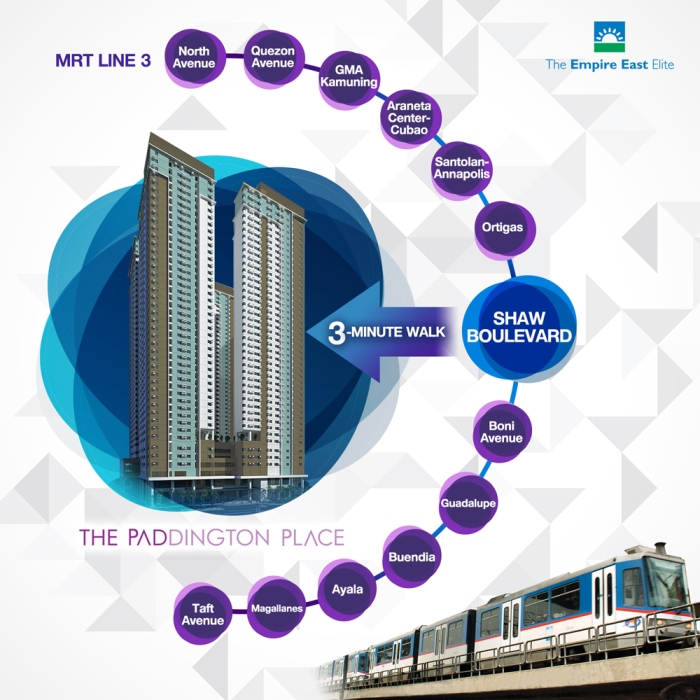 Live at the center of the metro by choosing the Paddington Place located along Shaw Blvd. This 4-tower modern cosmopolitan enclave is only a 3-min. walk to the Shaw Blvd. station of the MRT-3.

Owned by multi-billionaire Andrew L. Tan, Empire East Land Holdings Inc. is a premier real estate developer that caters to the middle-income segment of the market, offering homes of expert quality at reasonable prices. With over 200 residential communities in the metro, Empire East is deemed one of the best real estate developers in the country who is credited in focusing on transit oriented developments that takes one's eventful lifestyle a notch closer to the transport systems and vital business, leisure, entertainment and educational zones in the city View all posts by Empire East Land Holdings, Inc.

This site uses Akismet to reduce spam. Learn how your comment data is processed.