Skip to content
Empire East Brings The Heart of a Loving Home into the Streets.

Real Estate Developer, Empire East Land Holdings, Inc. will be celebrating its 23rd anniversary in the industry. To commemorate its 23 years of service, Empire East will be launching a street-feeding program entitled “strEATs” on Friday,  July 7, 2017.

Several members of the company including Empire East CEO and President, Atty. Anthony Charlemagne Yu will be out on the streets to provide food packages to families and children found on these three areas: 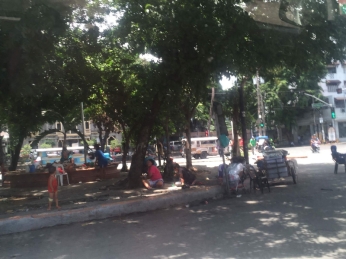 “For 23 years, Empire East has delivered the best quality and affordable homes for every aspiring homeowner. The existing community had given us the inspiration to do so which is why  in this year’s celebration we wanted to focus on giving back to these people. The goal of the ‘strEAT’ program is to give home goodies such as sardines, bread, tuna etc. to 100 or more families.” says Empire East President and CEO, Atty. Anthony Charlemagne Yu.

Other upcoming events for the month of July: The Blanket Project, an open donation of new mats and blankets which will be forwarded to all the soldiers and victims of the Marawi siege; The ‘heART’ event that solely focuses on teaching basic art skills to school-aged kids both in the metro and the provinces.

Stay tuned for more Empire East news! For inquiries kindly call us at 810-3333.
Follow us in all our social media accounts with the username @empireeast or chat with us LIVE at http://www.empire-east.com.

Owned by multi-billionaire Andrew L. Tan, Empire East Land Holdings Inc. is a premier real estate developer that caters to the middle-income segment of the market, offering homes of expert quality at reasonable prices. With over 200 residential communities in the metro, Empire East is deemed one of the best real estate developers in the country who is credited in focusing on transit oriented developments that takes one's eventful lifestyle a notch closer to the transport systems and vital business, leisure, entertainment and educational zones in the city View all posts by Empire East Land Holdings, Inc.

This site uses Akismet to reduce spam. Learn how your comment data is processed.